The South African Jewish Board of Deputies (SAJBD) is the recognised spokesbody and civil rights lobby of the South African Jewish community. Its core mandate is to combat antisemitism in all its forms while also ensuring that the community’s right to fairness and equality in terms of its religious and cultural practices is upheld. Initially on a regional basis and, since 1912, on a national basis, it has, for nearly twelve decades, worked tirelessly to protect the safety, represent the interests and promote the well-being of South African Jews. 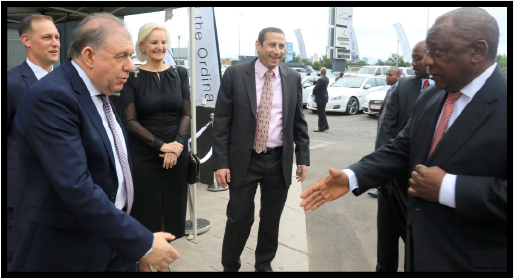 THE WORK OF THE SAJBD FALLS INTO THREE BROAD CATEGORIES:

The South African Jewish Board of Deputies (SAJBD) was formed in 1912. Its stated mission is to work for the betterment of human relations between Jews and all other peoples of South Africa, based on mutual respect, understanding and goodwill, and to protect the civil liberties of South African Jews. It is committed to a South Africa where everyone will enjoy freedom from the evils of prejudice, intolerance and discrimination.

Through engaging and building relationships with leading figures in the political, media and administrative spheres, the Board ensures that the collective voice of South African Jewry is heard on all issues that concern it. It further works to build bridges of friendship and understanding between Jews and their fellow South Africans, and represents the community on the international Jewish stage. 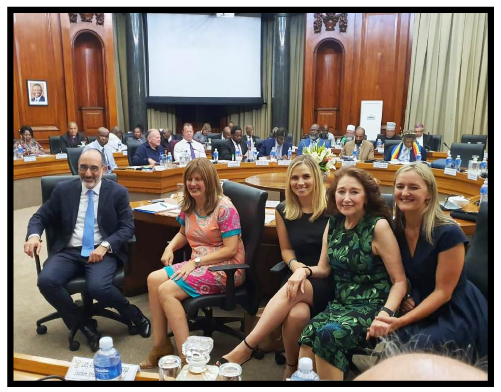 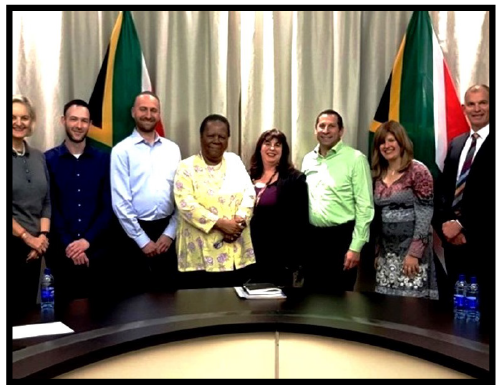 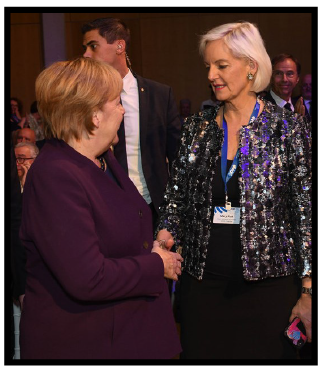 Mary Kluk with Angela Merkel, Chancellor of the Federal Republic of Germany, at a World Jewish Congress event in honour of Chancellor Merkel, 28 October 2019. 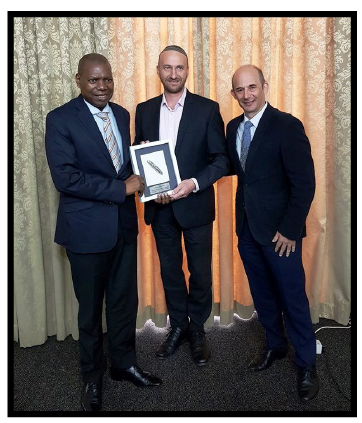 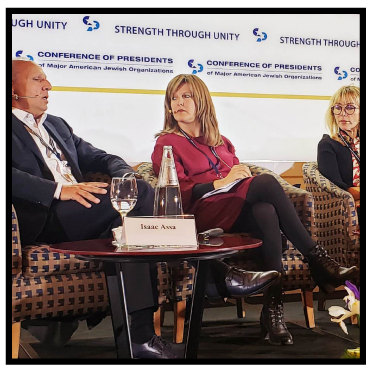 The Board’s Communications Department publicises the activities of the Jewish community, educates the greater public on Jewish religion, history and culture and responds to anti-Jewish and/ or anti-Israel bias in the media. It regularly takes local journalists to Israel to learn at first-hand about the country, its achievements and challenges. This has helped to bring more balance to the media’s Middle East coverage. Board spokespeople regularly comment on a wide array of issues for both the local and international media. 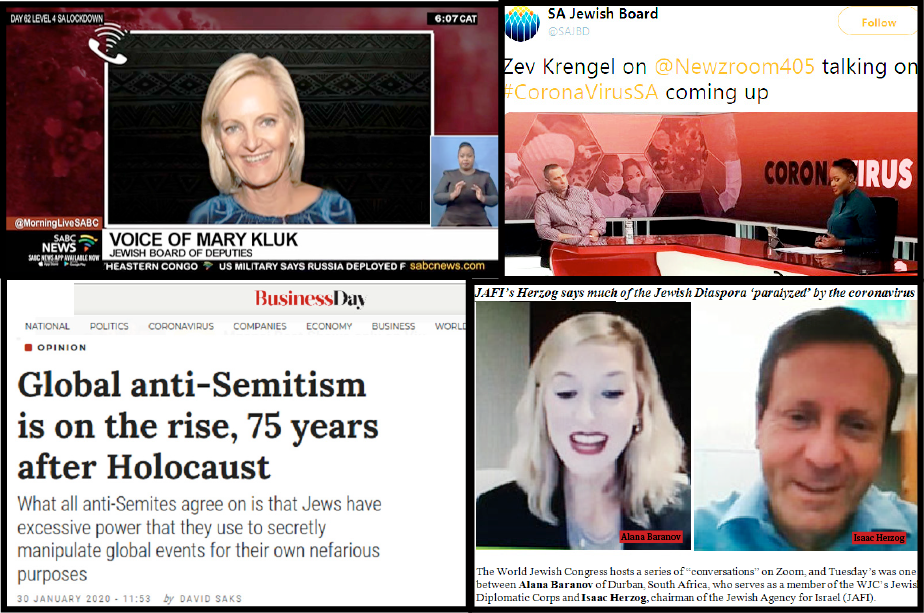 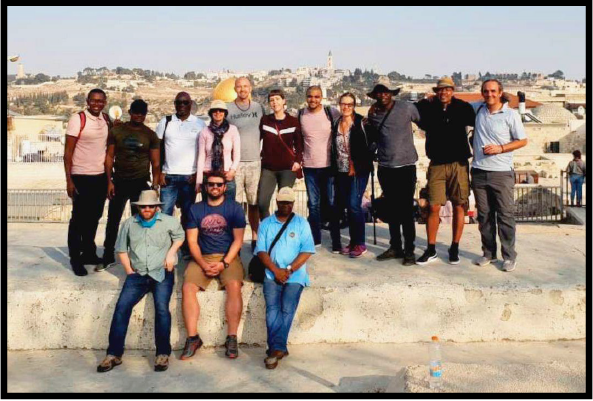 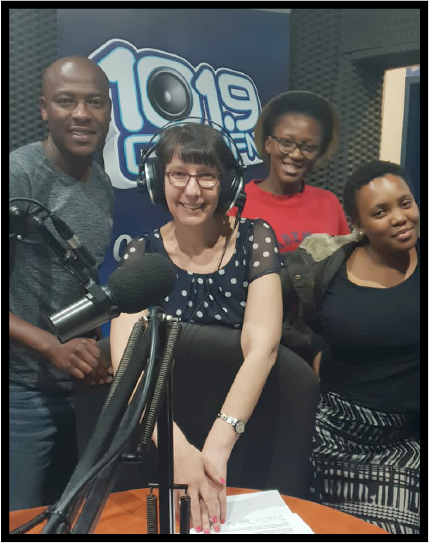 Jewish Board Talk, a weekly current affairs programme on 101.9 Chai FM hosted by Charisse Zeifert, publicises both the work of the SAJBD and the activities of Jewish organisations and community members. 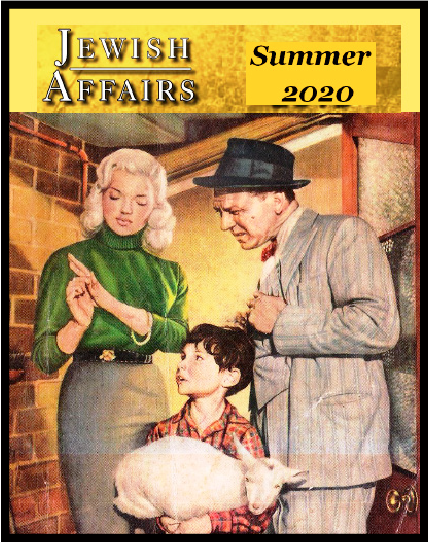 Jewish Affairs is a cultural, historical and current affairs journal brought out by the Board since 1941. It now appears in a new online format.

The Board monitors and responds to incidents of antisemitism, working closely with the relevant local judicial structures, human rights bodies, other communal bodies and international Jewish organisations. It further safeguards Jewish religious rights, such as in working with the universities concerned to resolve problems of exams being set on Shabbat or Yom Tov. 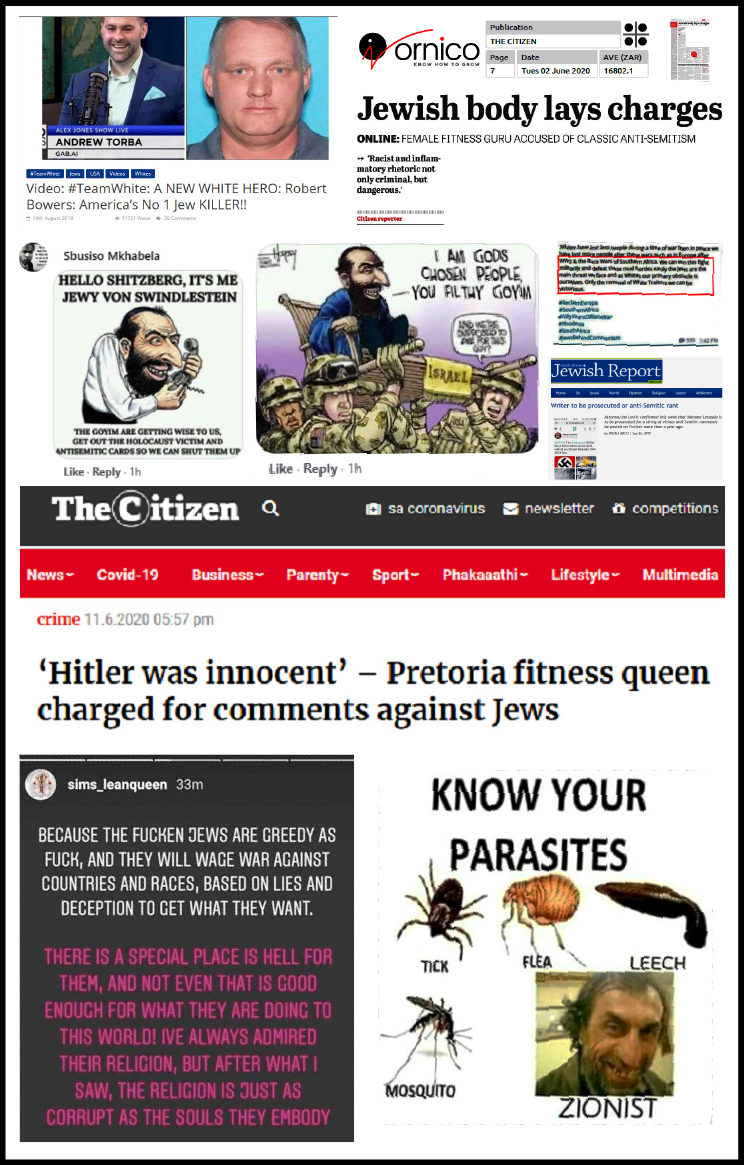 Through its #MakeUsCount election education and awareness campaign, the Board once again helped SA Jewry to be an active, identifying part of the 2019 National and Provincial elections. The Board has been running these campaigns since 2009.As with previous such initiatives, #MakeUsCount included voter registration drives, a ‘Freedom Seder’, political events where communal leaders and community members could engage with the competing parties and multi-party election debates. The Board further engaged with the Independent Electoral Commission (IEC) to make arrangements for Jewish expatriates to cast their special votes after Shabbat on 27 April. #MakeUsCount culminated on Election Day with an SAJBD-headed interfaith and multinational observer team monitoring proceedings and assisting the IEC at hundreds of polling stations across seven provinces. 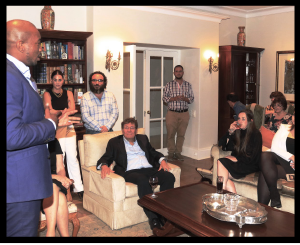 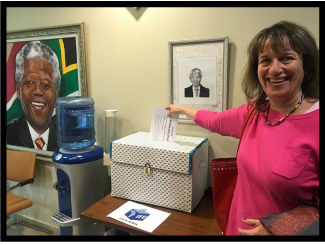 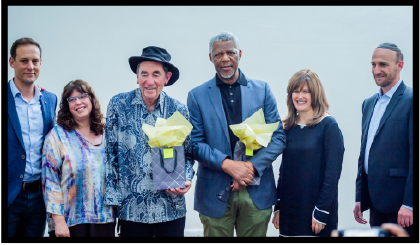 The Board is responsible for organising the annual Yom Hashoah ceremonies in all major centres countrywide. The 2020 ceremony was unique in that for the first time ever, the traditional coming together in shared spaces around the country was not possible. Instead, the Board organised a single combined online ceremony for the entire community. Over 17000 people participated in this very successful virtual Yom Hashoah event. 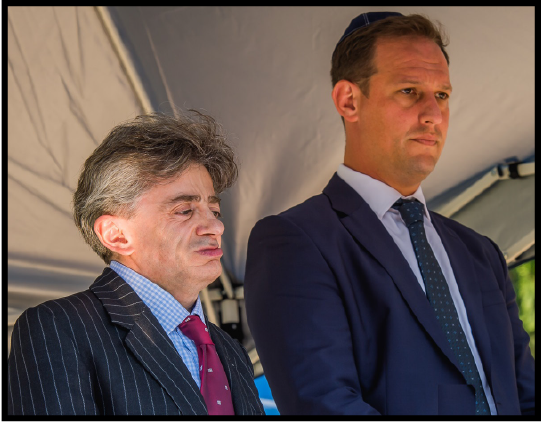 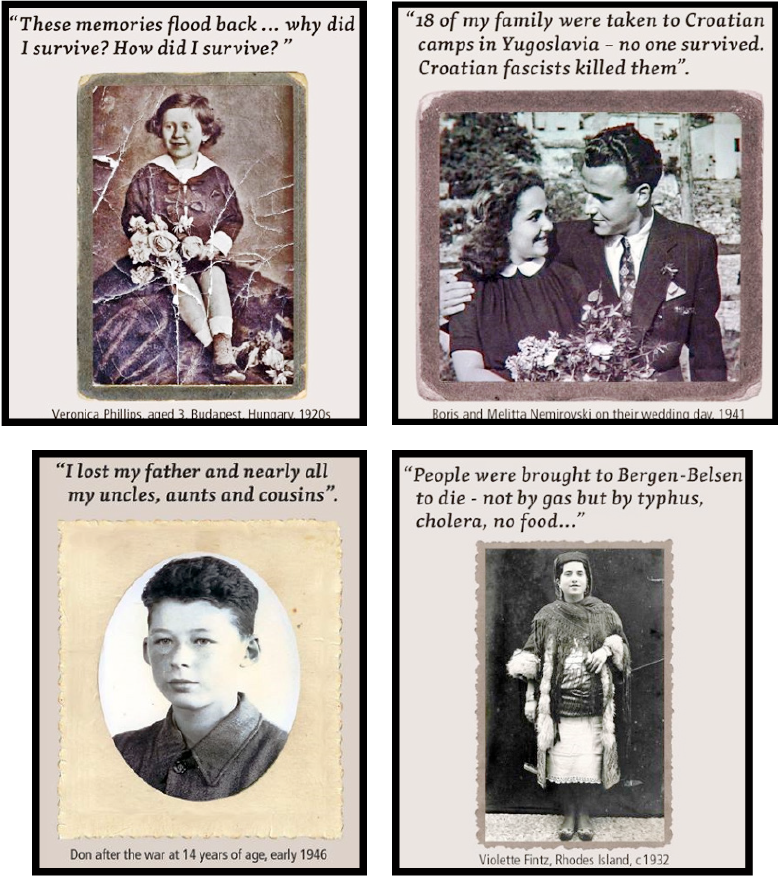 The Board intervenes on behalf of community members who are unfairly disadvantaged because of their religious commitments. It is particularly active on behalf of university students whose examinations have been set on Shabbat and Yom Tov, and has an excellent track record in working with the university concerned to resolve such cases. 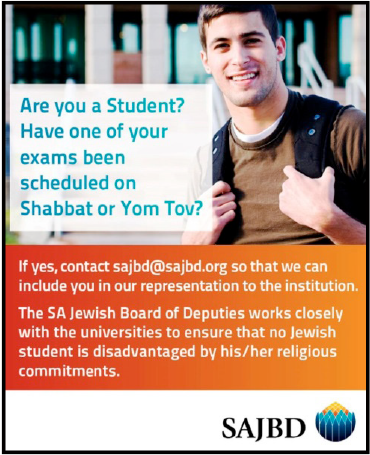 The Board involves itself in disaster relief and initiates social welfare projects on behalf of the wider society in times of crisis. Since the last conference, it has mobilised support on behalf of xenophobic violence in Johannesburg and to bring critical aid to communities around the country made destitute by the COVID-19 crisis.

In August 2019, the Board brought out a delegation from Women Wage Peace, an Israeli NGO that brings together women from all backgrounds in the common cause of working for peace. During their visit, the delegation engaged with government, academia, civil society, the media, other faith communities, women’s groups, the business community and youth leaders.

Early in 2020, the COVID-19 pandemic reached South Africa, confronting the Jewish community with an unprecedented set of challenges to the lives and livelihoods of its members and the viability of its communal institutions. As the community’s representative body, the SAJBD is providing the firm, responsible and forward- looking leadership so urgently required in these troubled times.

To ensure that responses to every aspect of the pandemic are coordinated, strategic and properly communicated, it has convened regular community leadership forums, attended by representatives of all the main communal organisations countrywide.

Through this process and always in close consultation with the medical experts, crucial decisions such as whether and when to re-open shuls and schools are being made. Together with Chief Rabbi Goldstein, Board members have also represented the community at virtual interfaith consultations with President Ramaphosa. 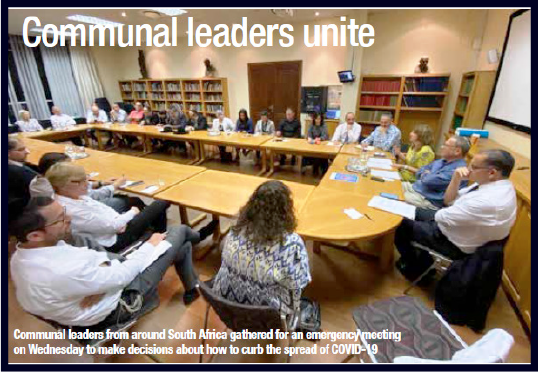 Shortly before the lockdown, the Board set up a COVID-19 Jewish Community Platform. This quickly became the go-to site for expert medical, financial and legal advice and updates on local developments and decisions. The Board also assisted in the field of mental-psychological health, working with experts and organisations to help combat stress, loneliness and depression in the community. 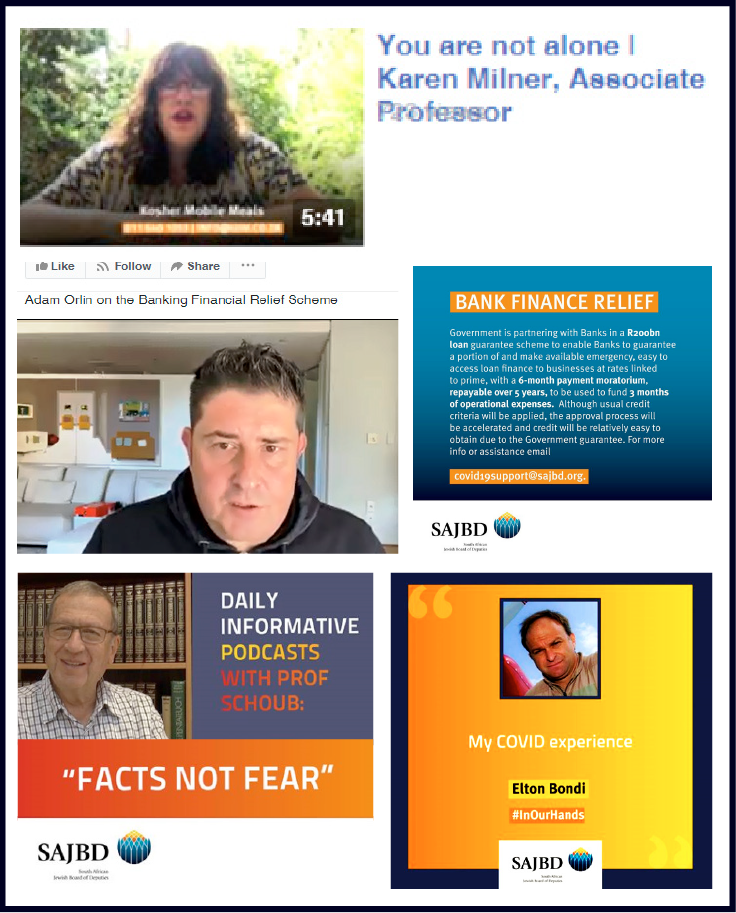 With funds specifically donated for that purpose, the Board established a Food Relief Fund for those most affected by the lockdown. Working closely with the Angel Network, it has supported a range of emergency relief projects in rural and urban areas across eight provinces. 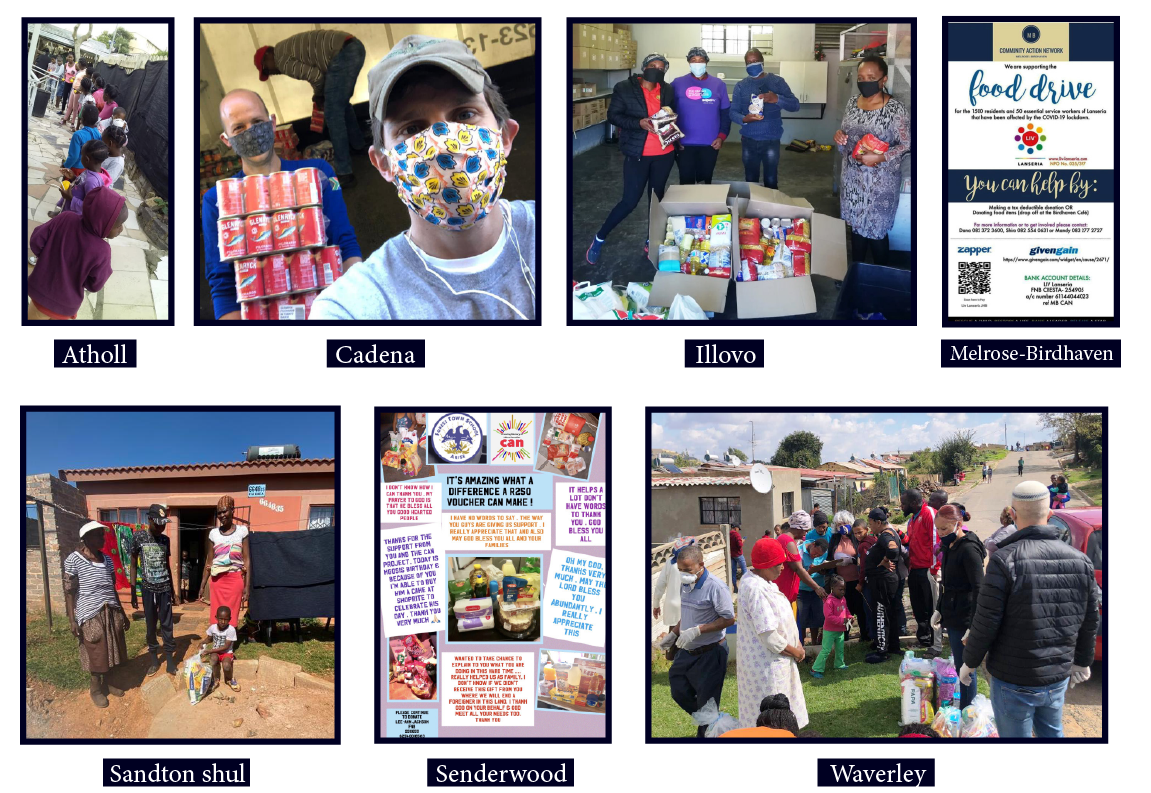 Working with the South African and Israeli embassies, Departments of International Relations and Cooperation and Home Affairs, international airlines and others, the Board was instrumental in dozens of South African citizens being repatriated from Israel. It also assisted individuals in travelling to Israel on compassionate grounds. 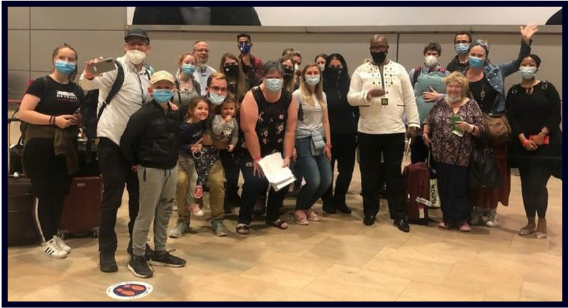 A Day of Remembrance at the University of Vienna

In 1998, a plaque was unveiled by the University of Vienna’s Medical Faculty in memory of teachers and students exiled or murdered under the Nazi regime. A participant reflects on the occasion.

The story of immigrants Reuben and Sophia Newstead and their part in establishing the Claremont shul, framed as an imaginary first-person memoir by their grand-daughter.

Advice from a Holocaust survivor: ’Find the real you in this time of Covid’

The trick to surviving the Covid-19 pandemic is choice, coupled to a vigilant guard over what you allow yourself to think, says Dr Edith Eger.