Fear is a powerful stimulus 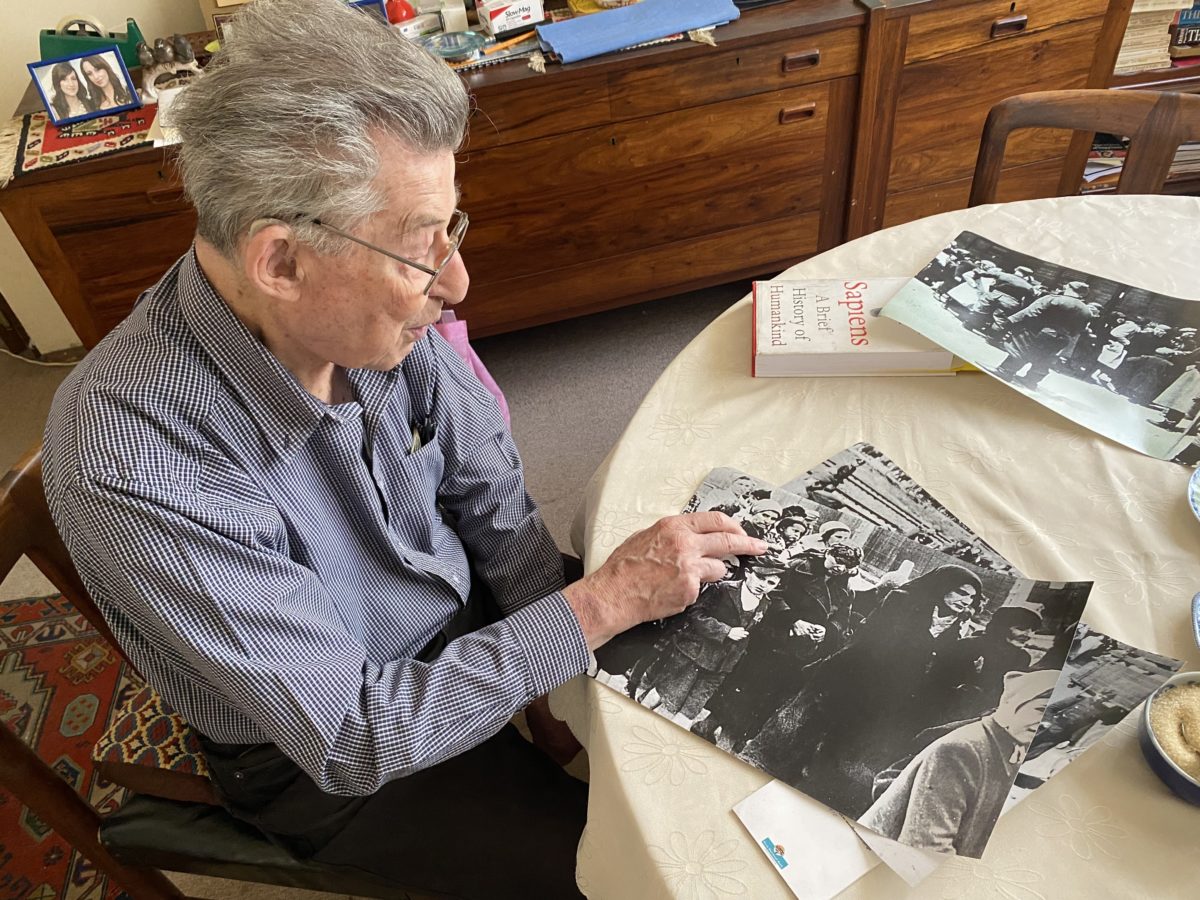 Tuesday, April 21, will be commemorated in many places around the world as Yom HaShoah, the day of remembrance for the victims of the Holocaust – this year is also the 75th anniversary of the liberation of Auschwitz, the most notorious of the Nazi death camps.

It’s also the first time the commemoration will have to be held virtually since more than half the world is in lockdown to fight the spread of COVID-19.

Don Krausz is a sprightly 90-year-old. He was 14 when he was liberated by the Russians in May 1945. He has chaired the Johannesburg chapter of the South African Holocaust survivors’ association since 1985. When he was elected there were 120 survivors, today there are only 20 left alive.

“That’s the problem with survivors,” he says wryly, “ultimately they don’t survive.”

Krausz was 12 when he went into the camps. A young Dutch boy of Hungarian extraction, he would survive four camps, including the infamous Ravensbruck and then Sachsenhausen, before completing a 14-day a death march. He would be separated from his mother and sister, while his father would be killed in Buchenwald. Altogether he would lose 24 other relatives.

When he was eventually freed, he went home to the family home in Holland. There was no one left, instead he knocked on the door of old Christian friends. Amazingly his mother and sister who he had been separated from two camps before had contacted them that same day from Sweden. They were eventually reunited in October 1945.

A brief sojourn in Britain followed before they emigrated to South Africa in 1946, where Krausz has remained ever since, except for a brief sojourn in Zimbabwe and then Israel in the 1950s. He has led a very full life ultimately, despite missing a key part of his formal schooling, building up and running his own printing company in downtown Johannesburg before retiring.

Today, he spends a lot of time speaking to schools across the country, in Zimbabwe and even Australia; Jewish schools, Muslim schools, Christian schools and German school. He has spoken to 500 audiences so far and the invitations show no sign of drying up.

Speaking to the Saturday Star from his apartment in Johannesburg’s Killarney, before the imposition of the initial 21 Day Lockdown, he reaches down to pull up a pink cloth shopping bag.

“This is my bag of tricks,” he says, withdrawing a large black and white photograph, then another and another.

Smoothing them out on the dining room table, he points at the central figure.

“These pictures that I take with me were taken by the camp guards, the SS.

“What you see here is the offloading of a train of people, the railway lines are there at the top. That man there is an SS doctor. Is he a monster? Is that the face of a monster? Yet, he’s just sent the old woman and the infant whose hand she is holding, to the gas chambers. They’ve just come off a train after being deported from central Europe.”

He turns to the second photograph.

He points to the striking woman in the foreground, clad in black, mysterious and regal.

“I think she is the reason why he took this picture of this group of people. But look behind her, the women holding the baby. She’s not Jewish, the baby isn’t hers, she’s a nanny, but she’s going to certain death with her charge into the gas chamber. That woman is a saint.”

Krausz turns to the third picture.

“Does this man look like a monster? He’s one of the worst of the worst at Auschwitz. There are reports of him going onto the train wagons after they’d been emptied and finding a woman who had just given birth to a new born.

“’What do you want with this filth?’ he shouted, as he kicked the baby out of the train to its death. Why did he do it?”

It’s a question that has vexed Krausz for 75 years. Why did the Holocaust occur? Why did Nazi Germany start a war that killed 50-million people, 1,5-million of them children – and six million of them Jews. Why are people so inhumane to each other to this day?

Krausz has read widely, tracts by Jews, by former Nazis, by academics. He has more than 200 books on this subject in his personal library. He quotes fellow camp survivor and US academic Eli Wiesel; you don’t dehumanise people.

“I would add, you don’t dehumanise yourself,” he says. “When I speak to schoolkids, that’s what I tell them, especially in a country like South Africa with its apartheid history.”

He reads the testimony of an SS guard writing of how his hand shook as he shot the first batch of women and children coming off the cattle trucks. By the 10th truck, the man writes, his aim was sure, unwavering, as the bodies of infants flew through the air over the hail of gunfire.

“This man is writing this letter to his wife, he’s quite open, he’s saying ‘let’s get rid of this scum that tossed all of Europe into war and are still agitating in the US’, he ends by saying ‘when I get home from Eastern Europe it will be the turn of our Jews’.”

It was a revelation for Krausz, the thought that one group of people could think another group of people were not just intrinsically bad but that they could be seen as an existential threat who had to be eradicated otherwise, they would wreak a far worse fate upon their haters.

Krausz doesn’t hate Germans. Nazis befriended him in the camps, they spoke to him, Germans saved his life on at least three occasions.

“Even after the war when a German soldier shared his food with me after I had not eaten for 6 days. He saw me devouring cheese rind parings that I had found in the gutter of the street.”

“Were they monsters or just exceptions to the rule?” he muses. What of the kapos or trusties entrusted to the day-to-day running of the camps?

“The gas chambers were worked by Jews, they put people in, took the corpses out, they ran the crematoria, even though those Jews knew it gave them only another six months of life, before they would be taken out and shot. The fear of death is a powerful stimulus,” he says.

The only antidotes are truth and a commitment to humanity.

“If people are sufficiently indoctrinated and afraid, they can be turned into monsters,” he says. “We must not dehumanise people, but the strange thing is that no one seems to learn.”

The annual Holocaust Remembrance ceremony on Tuesday April 21 will take place virtually on sajbd.org/yomhashoah as well as streamed on the SAJBD Facebook page.

In her latest attempt to justify South Africa’s morally bankrupt stance on the Ukraine invasion Minister Naledi Pandor can do no more than resort to her usual knee-jerk Israel bashing. Addressing the Heads of State on Friday, she chose to make outrageous comparisons between the devastation that Russia is wreaking on the Ukrainian people and the Israeli-Palestinian conflict.