Speaking out for inclusivity, integration 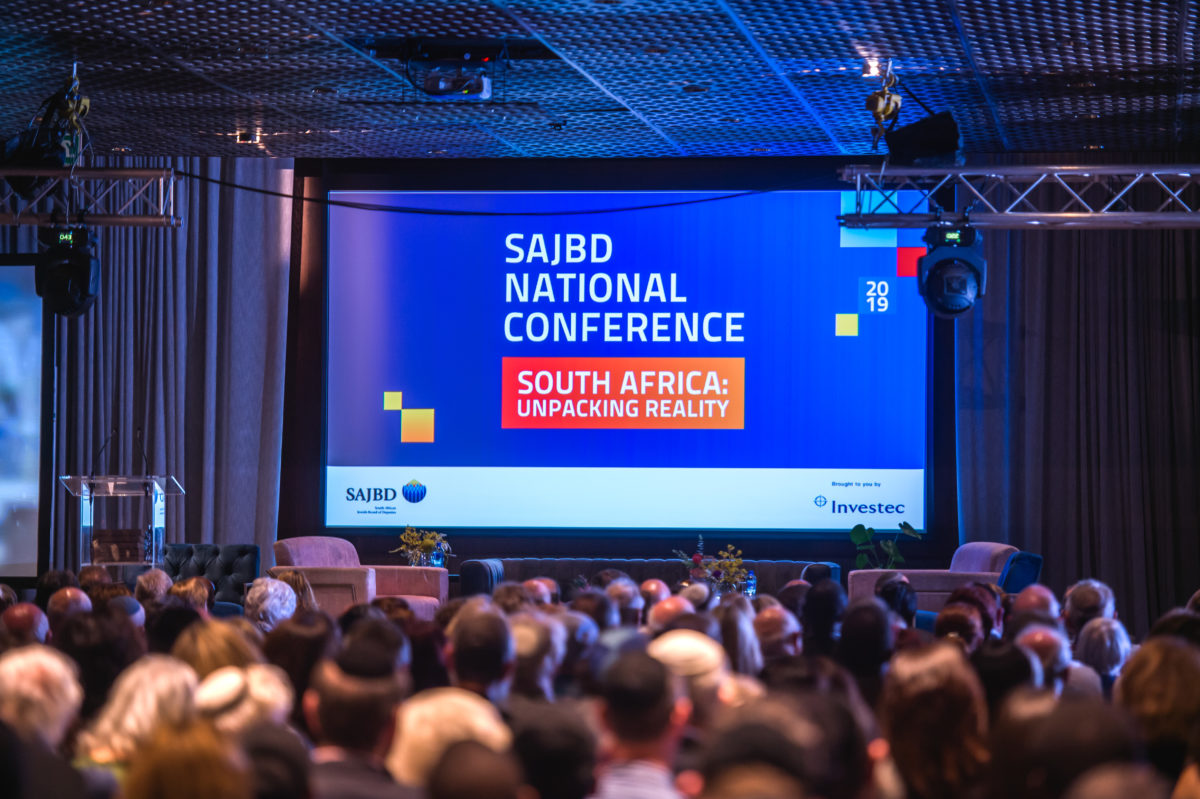 On Sunday night, the South African Jewish Board of Deputies (SAJBD) hosted its 50th national conference in Johannesburg. Held every two years, these gatherings are an opportunity for the community to connect to honour members who had done so much either communally or for the greater South Africa – like the late Johnny Clegg, who we honoured this year – but also to take stock of where we are.

None of them held back with their opinions. The theme they were asked to discuss was South Africa: unpacking reality, something that we all need to do, not just the Jewish community. The scene had been set earlier by Investec’s Fani Titi, who warned of the perils of negativity becoming self-fulfilling. The SAJBD national chair Shaun Zagnoev further reminded everyone of other realities for the local Jewish community, in particular the continued strength and vibrancy of its communal institutions, how it played an outsized role in international Jewish affairs and living in a country where all faiths are protected and guaranteed.

South Africa in fact has the lowest level of antisemitism of all the major Diaspora communities. As Kluk reminded us Tel Aviv University, which tallies incidents of antisemitism, recorded more than 2 000 in Canada and 1 645 in the UK last year, against just 60 for South Africa. Additionally, whereas a significant proportion of antisemitic incidents elsewhere involved actual violence, in South Africa this hardly ever the case.

It doesn’t mean that there aren’t problems in this country, far from it. We know all too well what many are; from dysfunctional arms government agencies to inefficient and bloated, cash haemorrhaging SOEs and a government unwilling to look the unions in the eye, as Khoza said; appoint the right people and let them get on with it.

But we do have so much going on in our favour. We dare not lose sight, as Unterhalter noted, that we are often far too inwardly focused and have lost sight of the fact that we are still finding our way as a country in a world that is fast losing its own way, a world of dramatic and truly extraordinary change, while we have a constitution that endures and a civil society that is one of the most robust, diverse and independently minded imaginable.

Habib put it even more pithily. The crude hard indicators, as he terms them, show that South Africa is doing far better than the rhetoric of some politicians would have us believe; our top universities are transforming, producing more graduates and post graduates than ever before with world class qualifications at a fraction of the price of those offered overseas

Yet the talk in some circles is still of emigration especially in the Jewish community; but where do people eyeing emigration actually go? asked Habib. The world is at its most dangerous phase in the last 100 years, he says, because of the politics of nativism that could actually bring everything to an end.

Instead of allowing ourselves to be defined by fear, which brings with it its own perverse outcomes, we should instead by speaking out; agitating and campaigning to foster a new spirit of inclusivity and integration not just here at home but across the world.

Here in South Africa all of us should be fighting for the protection of our institutions whenever they come under threat; from our universities to our courts and any other of the critical organs and institutions of our society, like our SOEs.

To paraphrase Unterhalter, we have to stop taking a binary view of our society, of either all good or all bad with no middle ground. Brozin who started Nandos in 1987, perhaps one of the most daunting times in South African history when most of his friends had either left or were busy packing, agreed. The mess over the last nine years will take time to fix, but as the irrepressible entrepreneur noted, the bigger the mess the greater the opportunities.

“Where you going to get a chance in your lifetime to make a difference, stop kibbitzing and make a bloody difference,” he urged the conference.

He’s right. They all are. There is a disjuncture between our perceptions and our realities. This is a fantastic country with so much going for it and yet so many challenges. As Brozin reminded us, part of the obligation of being a Jew is to bring light to the dark, we can’t build this country as spectators, we have to roll up our sleeves.

While we were gathered, the victorious world cup winning Springboks were making their triumphant tour of the country, and at the last minute we were able to obtain a short video message of support for our conference from the team’s inspirational captain Siya Kolisi. #StrongerTogether was the Springboks’ slogan before, during and after their successful campaign in Japan. That slogan applies to all of us. It was indeed appropriate that the evening’s Rabbi Cyril and Ann Harris Human Rights Award was presented – sadly, posthumously – in memory of the great Johnny Clegg. Like Siya Kolisi and his heroic performers, Clegg epitomizes the values of unity between South Africans, regardless of background, and reminds us all of what we are capable of achieving as a nation when we all work together.

We look forward to doing just that, knowing that the opportunity to live a full and meaningful life in this country is extraordinary and should be cherished and nurtured for all of us.

It’s local government election time! Volunteer now to be a member of the SA Jewish Board of Deputies' 'Make us Count' Election Observer Team and witness South Africa's democracy in action.

Don’t miss out on the final voter registration weekend before the local government elections 2021!