Charlotte Cohen is an award-winning short story writer, essayist and poet, whose work has appeared in a wide variety of South African publications since 1973. She is a regular contributor to Jewish Affairs.

Let us presume ‘the truth’ were represented by a statue.

You stand in front of the statue. I stand behind it; and we both write down exactly what it is that we see. Yet it will never be the same: You will see the forehead, the nose, the mouth and whatever else is visible from the front. I will see the back of the head, the shoulders, etc. And even though what each of us describes is accurate and honest, consensus will never be reached - simply and logically, because we are not seeing it from the same view point.

Only if I walk over to where you are (standing in the front of the statue), or vice versa (you join me where I am positioned at the back of it); or were we to meet half-way and look at the statue in profile, would we see it from the same perspective and with like-minded eyes.

The statue could also be viewed from above, were we on a balcony - or from below, presuming it were on a glass table. And once again, either looking up at it or down on it, it would present a different image.

Yet the statue is one object - which we are presuming is representative of ‘the truth’. or ‘our truth’.

Therefore, only were we able to observe the statue from all angles and know that the person with whom we are countering, had done likewise, would we be then able to debate its merits and demerits. And even then, taking it a step further, we may still not agree on aspects of what we had seen: We may have differing opinions as to which feature of the statue was the most prominent, the most useful, the most beautiful etc. … But at least we would be able to compare, to consider - even compromise, by reaching some rational settlement on points relevant to us both.

So, when it comes to the truth as we see it, before continuing to argue with no equitable outcome, the answer would be to walk around the statue together, examine it from all comparable angles - finally reaching unanimity or being able to contest pertinent issues.

Of course, certain things are obvious:

One cannot declare the statue to be made of clay, were it obviously made of copper. Nor can one say the statue was red if it were painted white (unless one were blatantly lying or instructed what it is that one is to repeat or even made to believe) or unless, of course, taking every possibility into consideration, the back and front of the statue were actually painted in different colours or composed of different materials.

Taking this scenario even further into supposition: What if two people did view the statue from exactly the same angle - but with different coloured lenses in their spectacles? … Again, the statue would appear different to each of them and again, there would be no consensus.

But, in any event, no matter how we perceived the statue to be, it was never real.

The image of a statue only ever existed in our imagination.

Bearing all this in mind and to take it to its ultimate dogmatism, “None so blind as those who will not listen.”

What if one were not prepared to move? …There are many people who insist on remaining in one designated spot and who simply refuse to view things differently. There are also many who, even being persuaded to walk around to the other side of the statue, would do so wearing a blindfold - only removing it when they were again back in their original position; thereby seeing or accepting nothing else.

Taking all these factors into account, our ‘truth’ is often our interpretation of it or how we have been instructed or indoctrinated to think about it. People are induced through perverted, inculcated belief systems to unequivocally declare, even though the statue were obviously made of wood, that it was made of marble …. and even further, to deny, discount and disparage anyone who dares disagree with them. 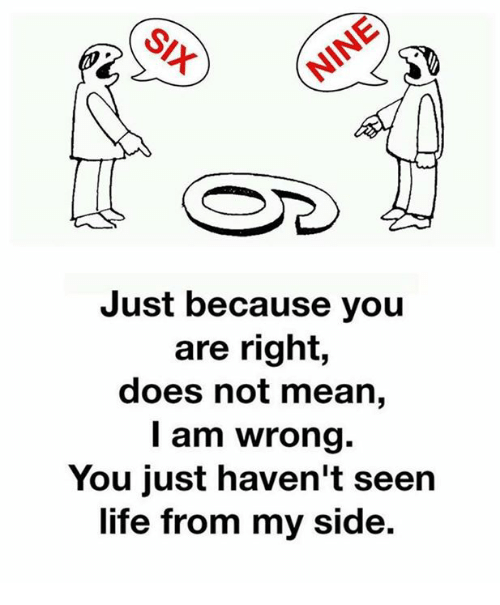 In other words, where our common goal should be only for communal good - for love, tolerance, knowledge and understanding - we have, in many cases, not been taught how to think - but rather how we have been programmed to think - without the freedom of working it out with our own ingenuity and intelligence.

It is this unseeing, unbending, brainwashed insistence, this uncompromising resistance that often results in hostile, hate-filled, horrifying acts of violence. It bears out the truth that what we make our reality, often stems not only from our perception or experience of it - but how we have been indoctrinated. 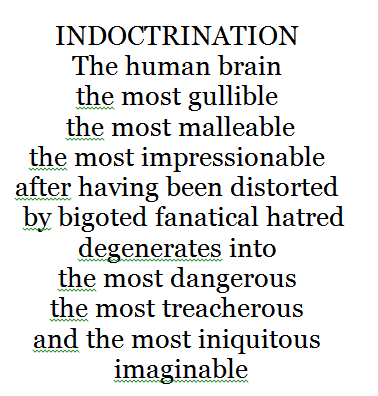 Our impotence stems from being taught what we ought to think - instead of how to think. It is being left bound, blinkered and not able to think freely, that keeps us chained and disavowed from being able to see things from another side, from what constitutes both our own and another truth and from life’s miraculous possibilities.

We face a new dawn every day We look back and hopefully learn from our mistakes . We look forward to a new view of our capabilites and possibilites … Sometimes with the news that keeps confronting us, we do not think there could ever be a change in mindset. But who knows, what each day will bring?

Yet sometimes, at our lowest point, and as well as when we least expect it, something may again enter our domain which brings us renewed hope and fortitude. A cure may be found; a broken relationship fixed; we are able to explore a different avenue … And we are presented with another way forward. … a new dawn … and another truth.

It is never too late to discard thinking that may have kept us chained and fettered; and to open our minds to the possiblities of a new world and a new way of thinking.

The South African Jewish Board of Deputies (SAJBD) is the recognised spokesbody and civil rights lobby of the South African Jewish community. Its core mandate is to combat antisemitism in all its forms while also ensuring that the community’s right to fairness and equality in terms of its religious and cultural practices is upheld.

Two Daughters of the Free State and their Poetry: Olga Kirsch and Jennifer Friedman

Like Olga Kirsch, Jennifer Friedman grew up in the Orange Free State and wrote poetry in the Afrikaans language she grew up in. Brian Josselowitz tells her story.